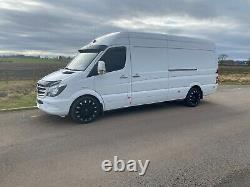 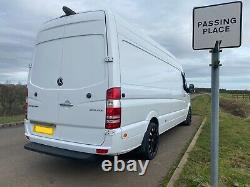 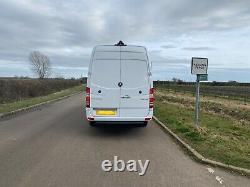 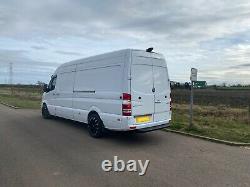 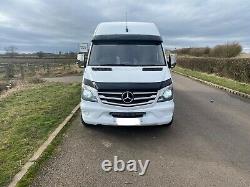 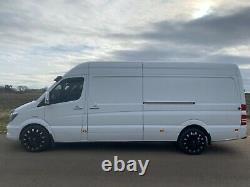 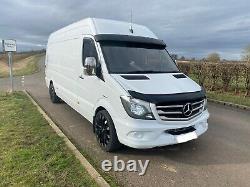 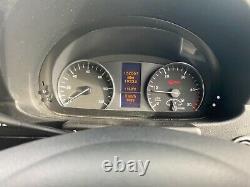 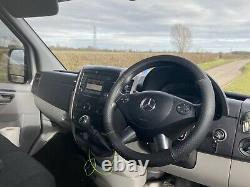 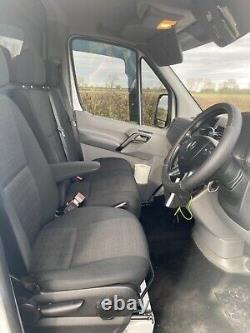 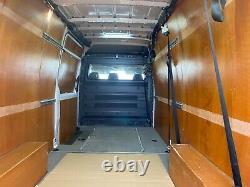 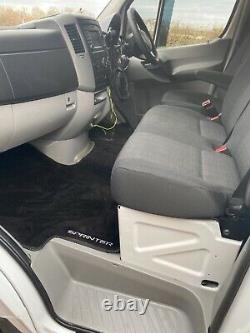 This van is very clean condition, never been used for heavy work. Its extremely clean in the back and comes with the I track loading system in the floor complete with 6 adjustable lashing points. All ply wood is varnished and is not broken or has holes in it.

The van starts, runs and drives as if it has just come from Mercedes and just like a new van. Its been very well maintained with a service being carried out recently which was a full service including pollen filter and air/fuel filter etc and at the same time had a full mot with only one advisory for slight play in offside ball joint which cannot be felt or heard when driving the vehicle.

This van is fitted with numerous Mercedes optional extra from the factory on top of the already high spec options that were fitted to it being a 20th anniversary. All being useful extras rather than pointless extras! Even down to electric heated mirrors which is a option but doesnt half come in handy when you need to adjust them in tight spaces or need to defrost in the winter. The bodywork is exceptional condition for age, no dents, scrapes or rust anywhere. Looks very nice colour coded with the alloys.

It also has uprated rear springs so if you were to carry 1200kg it wouldnt even look like it was loaded! The van makes no strange noises and drives as new, it has no broken air vents or pieces of trim broken off like most sprinters do and Mike Tyson has not been boxing in the back off it either as some look like a boxing ring with the amount of damage in the loading area. It also has the very rare Mercedes optional extra window bulkhead with low interior roof that gives overhead storage space in the load bay. It needs for nothing and is ready to go straight to work or convert to a camper.

It has my private plate fitted at the minute so that will be removed upon sale which can be dont instantly online. I had the van remapped to make it a little more lively as the 130bhp standard form sprinters are quite sluggish when loaded, it pulls like a train. To sum it up, its a very tidy and reliable van. Never had a issue with it whatsoever.

Its fully alarmed which helps as sprinters are stolen quite often. It comes fully loaded from Mercedes with extras as its the 20th anniversary edition where they only made 1200 models, on top of that it was also specd for parktronic, I track load system and uprated rear springs. As the pictures show its immaculate for a van of this size with relatively low mileage, as you probably know these vans go to over 500k miles if they are serviced and looked after.

Not many of these 20th anniversary come up for sale very often and certainly not in this condition with this spec! I still have the original wheels with all four genuine Mercedes wheel trims that come with the 20th anniversary spec and they will be included in the sale. All 4 tyres are good condition too. If you dont want the alloys I will reduce the price a little bit and refit the original wheels. You may be able to find one a bit cheaper elsewhere but I assure you it wont be in this condition and be this reliable.

The item "2016 Mercedes Sprinter LWB 20th Anniversary Limited Edition NO VAT VGC" is in sale since Monday, March 1, 2021. This item is in the category "Cars, Motorcycles & Vehicles\Commercial Vehicles\Vans/Pickups". The seller is "staffordshirebullsoftdog" and is located in Nottingham. This item can be shipped to United Kingdom.